Scavenger Hunt in Los Angeles for our Amazons

Yesterday, during the fifth trial at the 15th edition of the “Raid of Amazons”, our team had to do a Scavenger Hunt in Los Angeles.

Starting from the Roosevelt Hotel, decorated in the style of old Hollywood, they continued on to downtown Los Angeles, Santa Monica and Venice Beach.

Results will be announced later. 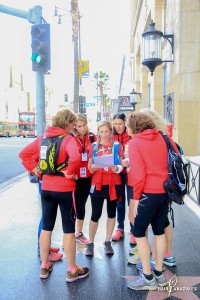 This site is exclusively intended to healthcare professionals

Access to the information it contains is not intended for general public.

I certify to be a healthcare professional